A 22-year-old Steve Jobs was not a “high-potential individual,” according to the U.K. government. Neither was Oprah Winfrey, Mark Zuckerberg, Bill Gates or, for that matter, Ronald Reagan or Joe Biden.

That’s because none of them graduated from the handful of institutions of higher learning whose graduates are entitled to live and work in the U.K. under a new High Potential Individual visa. The visa, announced this week, is intended to lure talented young people to the U.K., even if they don’t have a job waiting for them (there are other criteria as well). The institutions on the list were gleaned from three rankings of global universities, and a school had to appear in the top 50 of at least two rankings to make the cut, which 37 did this year.

In theory, the high-potential visa makes a cynical sort of sense—what nation wouldn’t want to siphon the best and brightest from other countries?—but in practice, it’s deeply flawed, relying on the supposed value of a group of schools chosen using the pseudo-science of university rankings.

The universities listed—ranging from Peking University to Yale—are all excellent institutions, of course, but a quality education can be found at thousands of other colleges and universities. The idea that graduating from a tiny subset of the world’s universities alone marks an individual for greatness ignores all the strange and various ways excellence manifests itself.

There are late bloomers, like Biden (who attended the University of Delaware) and Reagan (Eureka College). There are those whose life circumstances precluded an elite education (like Winfrey, who attended Tennessee State before dropping out) and those who bumped up against the limitations of conventional education, like Jobs (Reed College, before he dropped out), Zuckerberg and Gates (both Harvard dropouts).

While relying on the admissions criteria of elite universities to identify potential is misguided, using university rankings to select the schools is bizarre. The U.K is relying on global rankings produced by three organizations: Times Higher Education, a U.K. trade newspaper; the QS Quacquarelli Symonds, a UK company that runs conferences and sells data to universities; and Shanghai Ranking Consultancy, whose Academic Rankings of World Universities was spun out of Shanghai Jiao Tong University.

The problems with university rankings

The rankings started as either journalistic, academic or commercial enterprises, with no thought of being used in an official government capacity. Like US News’s rankings of American colleges and universities, however, they have become the tail wagging the dog of higher education. Just as US schools will cheat to rise in the US News rankings, European governments have merged entire universities to improve in the world rankings.

The three global rankings have different methodologies, and all of them are flawed. The Shanghai rankings, for example, are weighed heavily towards science and medicine, and consider such arbitrary measures such as if alumni have won Nobel or similar prizes, while ignoring the quality of af a school’s teaching. The QS rankings relies heavily on a university’s reputation among other academics and employers, which rewards older and established institutions. Times Higher Education includes income the university receives from its research, which favors schools that prioritize applied sciences over research in the humanities.

All of the rankings reward size, and the tops of the lists are dominated by large, wealthy research universities that receive lots of government funding and whose professors publish lots of papers. It favors universities in nations that have organized higher learning around academic research, and it punishes institutions like the U.S.’s small liberal arts college such as Amherst and Williams, and France’s grand-ecoles. The rankings also exclude young universities, or those that cater to underserved populations, like Historically Black Colleges and Universities.

Adding to the strangeness of the U.K.’s selection process, the list of acceptable universities changes every year as schools move up and down the rankings. So if you graduated from Carnegie Mellon in 2020, congratulations! You are eligible for a High-Potential Individual visa. If you graduated from the same school in 2021, tough luck. No visa for you.

One thing the universities on the U.K. list share is a degree of selectivity. In most cases, winning a spot in them requires strong academic performance in high school, or passing a rigorous exam. It seems then, the U.K. is outsourcing its immigration screening process to the admissions offices of elite universities. By relying on the universities to turn down applicants, the U.K. has saved itself the trouble of doing that hard work itself. 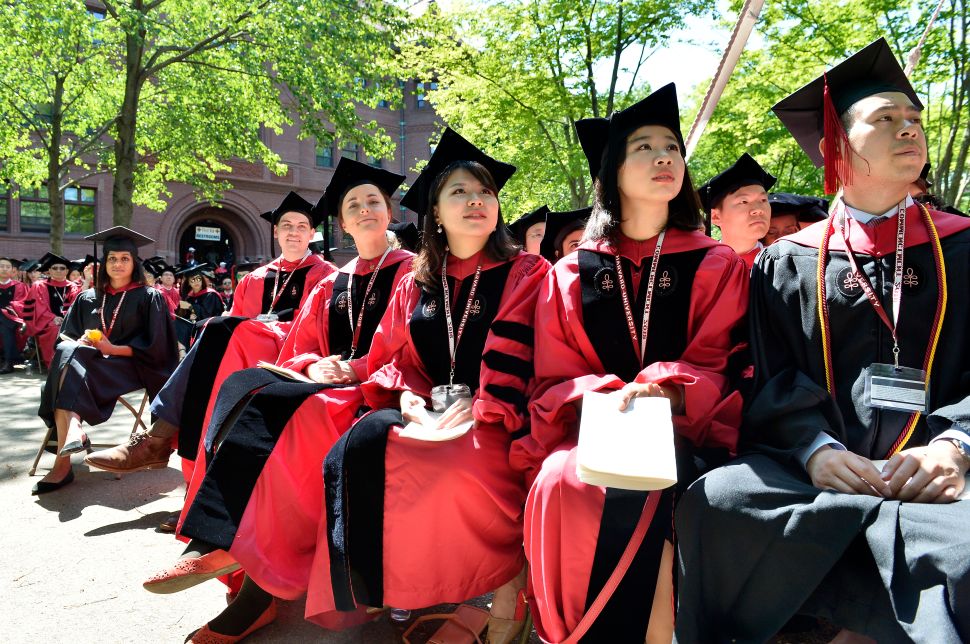